Freer Logic Among 10 Most Advanced Automotive Tech Companies of 2020 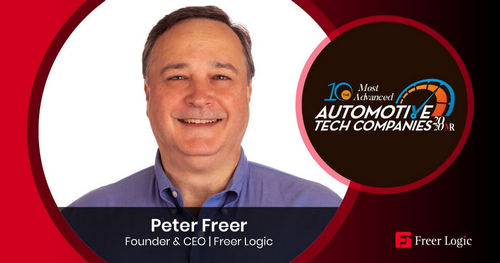 The Automotive landscape is labile in the midst of the current pandemic. However, one factor is constant, technological advancement. With the introduction of electric cars and self-driven cars, the automotive industry constantly seeks to improve driver and passenger safety. Development in creating a safe environment for all occupants will always be a priority. In the transition from manual driving to autonomous driving, only a handful of companies can provide transitional, viable technology, which will meet the needs of passengers both now and in the future.

Headquartered in Fletcher, North Carolina, Freer Logic is one of the most advanced automotive tech companies fulfilling the aforesaid demands. It is primarily a B2B provider of neurotechnology for monitoring and training. The company’s mission is to provide disruptive neurotechnology that enables people to access and control the most valuable asset they own—their brains.

For decades, safety has been one of the foremost priorities when it comes to the automotive industry. With continuous development in this sector, these safety concerns are also on the rise. These concerns center round major causes of accidents which include fatigue/drowsiness, cognitive load, distraction, and stress. Currently, there is a need to address these areas with utmost priority, as it will help in reduce accidents and save lives. Beyond the aforementioned safety developments, Freer Logic is working on detecting driver emotion. The company is expecting to be finished with this by year’s end. It is working with the ultimate goal to provide enrichment in a vehicle where the driver’s needs are met and they can feel enriched and even invigorated by their vehicle. Furthermore, all the developments can easily transition from the existing manual driving world to the autonomous driving era. This, in turn, will help in the growth and development of Freer Logic.

Freer Logic has a truly unique approach to monitoring a driver’s behavior. It has created an award-winning discreet neurotechnology embedded in a headrest called a neurobiomonitor (NBM). The headrest can monitor the brain of a driver or passenger without physically connecting to them. It maintains system functionality to a distance of about 10 inches. Its solutions include safety in monitoring drowsiness, cognitive load, distraction, and stress. It also has apps for mindfulness and relaxation to be used in the vehicle.

A Journey of Award-Winning Problem Solver

Peter Freer, Founder & CEO of Freer Logic is a neurotechnology pioneer and innovator. He started his career as a professional kickboxer and bodyguard. Eventually, he was graduated with a Master’s in education. As an educator, he encountered many students who could not pay attention. Freer was inspired by NASA’s work using neurotechnology to train astronauts to pay attention in states of hyper and hypo arousals. He utilized his education in math, science, computer science, and physics to develop a neurocognitive training program called Play Attention. After years of research and development, Play Attention is now the most widely used educational neuroscience program for ADHD students. Play Attention has three independent, randomized, controlled studies performed by Tufts University School of Medicine. All have outstanding results and have been published in three peer-reviewed journals.

Peter’s contributions to the field of neuroscience and its practical application in the field of education and human performance have garnered him five patents with others pending. He has lectured on behalf of NASA at the National Space Society in Washington, DC. He has also lectured at the United Nations in Vienna, Austria. He is co-author of a white paper on human performance with the International Atomic Energy Agency of the United Nations.

For a company in the automotive industry, the constant need for innovation is one of the greatest challenges. Similarly, Freer Logic’s greatest challenge is innovation. The company is constantly innovating to evolve in a highly labile market. It is forever shifting and its goalposts constantly move. Foresight is critical as one cannot innovate unless one has a glimpse into the future. To overcome this challenge, teamwork plays a crucial role. Freer Logic is a tightly run ship. Each teammate has a specific job, yet he or she is expected to wear many hats. Empowering its staff to make decisions on their own when necessary keeps the company moving forward with alacrity rather than trying to put out fires all the time. Facing all these challenges with teamwork will help the company to expand outside of automotive into consumer electronics and industrial training to become the leader in those verticals. 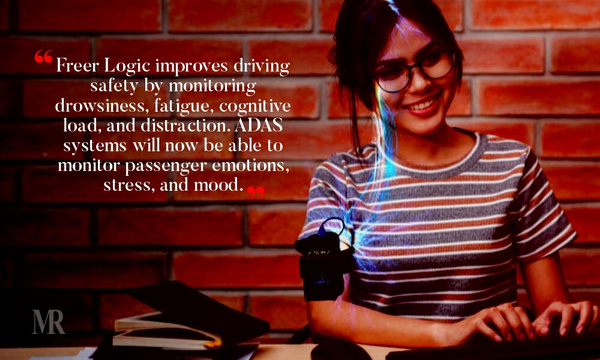 “I really can’t believe what it just did for my son!”

While attending some webinars, I came across Play Attention. I did some research on my own and tried to take a chance. I really can’t believe what it just did for my son!!! It’s a magical thing in 2019 which happened to my family! We started on June 10th doing 30-minute sessions twice a week, strictly following all the coach rules. We started seeing a change in behavior after 6 weeks! He was acting more mature, thinking before saying or acting, and his impulsive behavior was about 80% under control. Most importantly, his conversation was consistent, relevant, and two-way! Because of that, he started making some friends and playing games with them.

I still can’t believe it! Last week he is officially off from 98% of his labels, (in a proper mental health examination by a pediatric psychiatrist). His doctors were amazed to see him. They kept 2% of his labels so that, he could get supportive things at school for another year.

I have one message for parents of struggling children: the journey is tough, but perseverance is key. Never, ever compromise on the self-esteem of your kids! They all have hidden talents and they are more sensitive than other people. I would definitely suggest Play Attention, along with your other efforts.