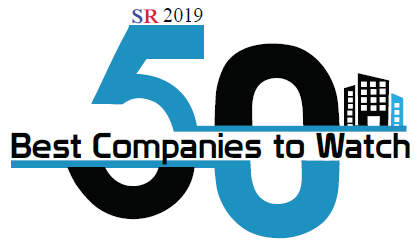 “Freer Logic is a leader in the field of neuro sensing. Its innovations that permit sensing the human brain’s activity without touching it or from the wrist have never been accomplished before.”

There are still major gaps in our understanding of how the brain functions in health and wellness. Significant advances in neuroscience, technology, and fundamental tools are needed to address problems such as cognitive decline due to aging, Alzheimer’s disease, ADHD, and to address the growing global burden that brain-related injuries and illnesses represent. Cutting-edge research and tools developed under large-scale and multi-disciplinary research initiatives are already creating new pathways for influencing fundamental brain functions.

In light of the foregoing, we’re thrilled to present Freer Logic, Inc.

Freer Logic was incorporated in 2005 and is headquartered in Fletcher, North Carolina.

Peter Freer, Freer Logic, Inc. Founder/CEO, spoke exclusively to The Silicon Review. Below is an excerpt.

Why was the company set up? And how did you expand your company and its offerings over the years?

I had envisioned the use of neurotechnology by the automotive and consumer industries back in the late 1980s. The barriers were significant; the public, to this day, has rejected the use of head based neuro wearables as awkward and invasive. I set out to invent neurotech that would break the barrier to mass usage. In 2005, I started Freer Logic and introduced BodyWave®, a body-based neuromonitor. Tens of thousands of the devices have been used to train ADHD students, NASA pilots in supersonic flight simulation, NASCAR, Olympic teams, nuclear power operators, da Vinci robotic surgeons, and many others. Freer Logic is currently reducing the armband form factor to a wristband wearable that would greatly increase the capacity smartwatches and fitness trackers as those technologies have reached the end of their sensor cycles; they’ve not changed in many years. Since automotive use cannot depend on the driver’s ability to remember to don a wristband, Freer Logic expanded the tremendous benefits of neurotechnology by creating a contactless neuro sensor that fits in a vehicle headrest. It senses cognitive load, drowsiness, driver emotion, driver distraction, and far more.

There is nothing more important for a successful small business than a well-defined mission and vision statements. Can you explain your M&V statements in brief?

Our mission is to provide disruptive neurotechnology that enables people to access and control the most valuable asset they own -- their brain. Our neurotechnology awakens the public to new levels of human performance, safety, and health by finally making discreet, fun, neurotechnology available to anyone, anytime, anywhere.

Our vision is to be an integral valuable part of people’s everyday lives to provide a bridge to human-machine interfaces of never imagined connectivity, safety, and wellbeing.

What benefits does neurotechnology provide?

The benefits differ with each use case. In automotive, we can detect driver drowsiness earlier than camera-based systems giving the driver more time to save his life or that of other drivers. It can also read driver emotion and cognitive load which camera-based technologies cannot. Unlike camera technology, it’s discreetly embedded in the headrest. The driver never sees it or knows it’s there until it’s needed to save his life. In consumer electronics, our wristband wearable can sense neuro signals without wearing a silly-looking contraption on one’s head. It gives the wearer superpowers to control apps on the wristband itself or on one’s cell phone or tablet all by mind alone. Furthermore, these apps strengthen one’s mind. We produce apps for meditation, stress relief, increasing mindfulness, and even help you go to sleep!

What obstacles have you overcome?

Being far ahead of the curve – truly creating technology that has not been seen before is often difficult. When we first exposed the neurobiomonitor (NBM) headrest to thousands of people at CES three years ago, a few people asserted we must be using a switch to help them control the computer screen by their mind. It is the epitome of the noted science fiction writer, Arthur C. Clarke’s third law which states: “Any sufficiently advanced technology is indistinguishable from magic.”

Any company, big or small, must have a sense of authenticity and originality to succeed, is your company a leader or a follower?

Freer Logic is a leader in the field of neuro sensing. Its innovations that permit sensing the human brain’s activity without touching it or from the wrist have never been accomplished before.

What kind of responses have you received from your consumers over the years? How have they motivated you to shape your offerings/grow the company?

Our neurotechnology has a huge wow factor. It has prompted a three-page article in TIME magazine. Consumers want technology that will improve their lives or provide genuine solutions. Our solutions have been met with significant excitement and amazement simultaneously.

Do you have any new products ready to be launched?

We expect to have our latest headrest model out by mid-2021. It will detect driver drowsiness.

Where do you see your company a couple of years from now?

The future of neurotech is AI. Artificial intelligence has a difficult time distinguishing human emotion, and human brain function. Freer Logic’s neurotech will lead the way to providing AI with human attributes which will produce an interface with our machines similar to JARVIS in Ironman; a full avatar that can sense us as a human, attend to our personal needs, and change our environment with IoT features. We’re working on this now.

Peter Freer is the Founder and CEO of Freer Logic, Inc. His contributions to the field of neuroscience have garnered five patents with others pending. He has lectured on behalf of NASA at the National Space Society and lectured at the United Nations in Vienna, Austria. Freer is co-author of a white paper on human performance with the International Atomic Energy Agency of the United Nations based on his neurocognitive training methods.

He has created and patented both body-based brain monitoring and contactless neuromonitoring. His team is currently working with the automotive and consumer electronics industries to integrate the technology in automobiles to monitor driver distraction and drowsiness. In consumer wearables, the technology can read the wearer’s states of attention, meditation, peak performance, relaxation, and stress.

“Our mission is to provide disruptive neurotechnology that enables people to access and control the most valuable asset they own -- their brain. Our neurotechnology awakens the public to new levels of human performance, safety, and health by finally making discreet, fun, neurotechnology available to anyone, anytime, anywhere.”